Bullying is one of the worst behaviors a child can exhibit to their peers. While this horrible behavior was once dismissed as something that some kids simply do as a part of growing up, a greater awareness of the damage it can cause has made the tolerance for bullying behaviors decrease. This is ultimately a good thing. No child deserves to be bullied. However, if you find out that your own child has been bullying other kids, here's what you should do.

Step #1: Address It Instantly and Explain Why It's Wrong

When you notice that your child is bullying someone else, stop it immediately. If you catch the culprit in action, put an instant stop to it. Don't wait for the child to finish what they are doing or saying. Stop them and take your little one aside to explain exactly why it is so wrong to bully others in the specific way that they were behaving.

When you first become aware of the bullying behavior, immediately have your child apologize to the child that they hurt with their words or behaviors. Take it a step further and also reach out to the parents. Take responsibility in the sense that you know about your child's behavior and how wrong it is. Let the parents know that you stopped it and are in the process of ensuring that it doesn't happen again. That can mean a lot to the parents and save you some heartache later on because it prevents an uncomfortable confrontation that may occur if you don't address it directly with the kid and the parents.

Step #3: Get to the Root Cause

No child just wakes up and wants to bully others. It's important to find out what was causing your child to behave so badly. You may try to solve the issue yourself. If it was a one-time incident that has been easily resolved with a clear motive, you may be able to put the bullying worries behind you. However, if you see ongoing bullying behavior, it's important to take the child to a therapist. Behavior counseling can help your child resolve problems and get in better control of their own actions. This can have a positive impact on their entire lives.

Finally, keep in mind that your child may be acting out for a variety of reasons. It's important to keep your cool when you first discover that your child has bullied someone, and try to get to the bottom of the situation before you react. Never respond to a bullying episode by threatening a spanking or other form of physical violence as that simply reinforces the idea that someone stronger can inflict pain on someone who is physically weaker. If you need help dealing with a child who is bullying others, enlist the help of a counselor like Behavior Change Success Corp and take action to ensure that the bad behaviors come to an end. 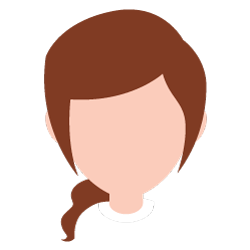 Small children have such amazing imaginations and they are filled with excitement. As a preschool teacher, I have seen this wonder turn into a love of learning. I cherish all of the children I have the opportunity to teach, and each child is special in their own way. Kids grow up fast though, and everything that a child learns in preschool helps to shape their minds in a positive way. If you are a parent, then this means you need to take the opportunity to read to your children and teach them the alphabet. Your effort can make just as much of a difference as your child's teacher. If you have no idea where to start, then explore my blog to find some great preschool learning tips and tricks. Not only will you learn to teach, but you will find out how to have fun at the same time.